BLDGBLOG recently pointed to a survey of the caves under the city of Nottingham.  Using laser imaging, they are producing incredibly detailed 3D maps of caves that have been dug into the sandstone beneath the city.  The caves range from Medieval escape routes (such as Mortimer's Hole), to Victorian “gentleman’s caves” (enlarged cellars where they could host dinner parties).  But all were dug out rather than natural – something that was possible because the stone beneath the city is stable but comparatively soft.

Mortimer’s hole is particularly interesting because it is the real deal for fantasy gamers.  This is what a tunnel from the middle ages really was like, and I must say it’s not far off what is often portrayed, at least from the older versions of the games.  It’s a little narrower than was conventionally drawn (the tyranny of the 10’ squares, I suppose), it’s steep, it’s twisty, and there’s a couple of side passages along the way. 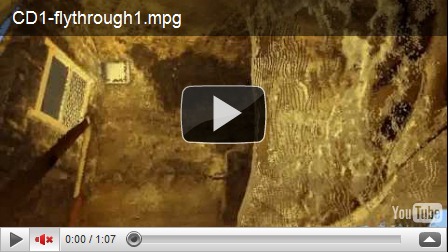 And look at this drawing of the cave from 1934, it could easily have come from some Gygax-era D&D product.

Drawing by Edward Flewitt from The Forest Fortress, via the Nottingham Caves Survey

A nice example of a gentleman’s cave is 13 Newcastle Drive.  A much smaller and more recent cave, it’s essentially the cellars of a merchant’s houses from 1864 – just the thing for a Cthulhu gaslight game. 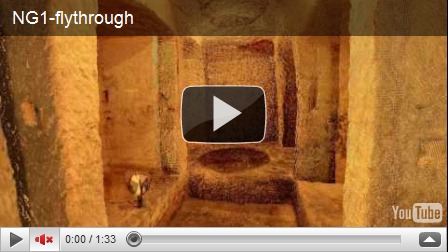 This reminded me of an earlier story on BLDGBLOG, of the caves beneath the city of Naples.  Like Nottingham, they have been dug out, and over a period of millennia.  As happens when you are surrounded by history (so I hear), much of them have been forgotten or lost, and they are now being re-explored by the University of Naples.  According to this report from the BBC, so far they have mapped 900 caves covering about 1,000,000 square metres (roughly 10,000,000 square feet, or 100 hectares), and believe that there is twice that still left to uncover. Photograph from 1944 issue of Life magazine Interior of one cave from a proposal to build an underground flower factory, via BLDGBLOG.

The mysteries that could be hidden under a city have been gaming fare for a long time, of course, but it’s fascinating to see real examples of these things.  I’m particularly impressed with the size and scale of the ones from Naples, they are truly cavernous.  And largely lost and forgotten, who knows what they could find down there?  Could a team of anthropologists working at mapping out the subterranean levels of a city stumble on something unexpected, something best forgotten?