The Cave of Crystals 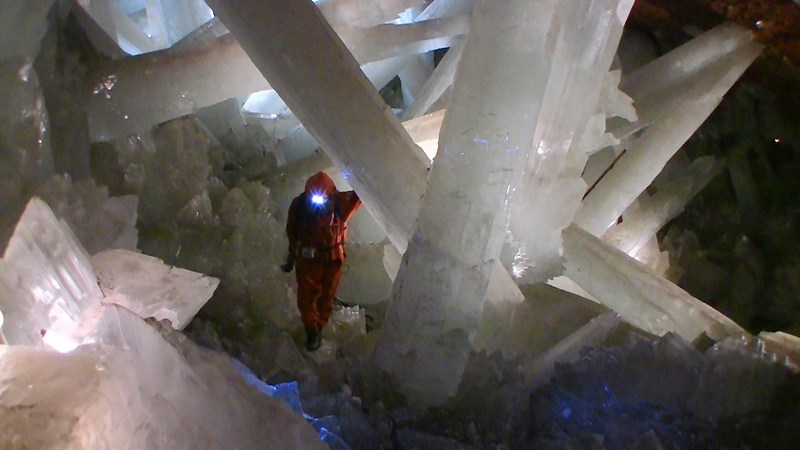 A film-maker walks among 10m long crystals.  All images from stormchasers.

The Naica Mine is a lead and zinc mine reaching some 300m below the surface of Chihuahua, Mexico.  In 2000, miners broke through into a chamber filled with gigantic crystals. 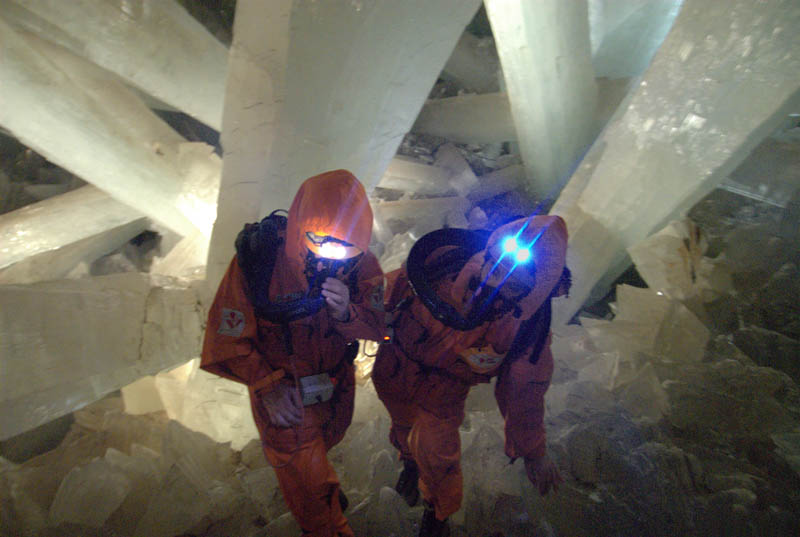 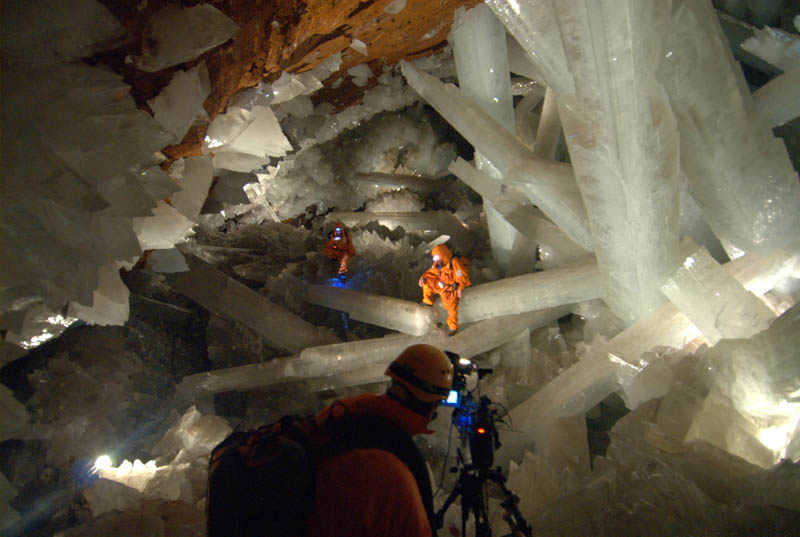 The cave was filled with hot, mineral rich water for the last 500,000 years.  That environment was ideal for crystal development, and the result are selenite (a form of gypsum) crystals that have reached 11m and more than 50 tons.

Mining drained away the water, but the cave remains a challenging environment.  A magma pool nearby keeps the temperature up at 58C (136F), with the humidity up over 90%.  These film-makers needed to wear suits to let them cope; their equipment struggled and the camera broke down at the end of the day. 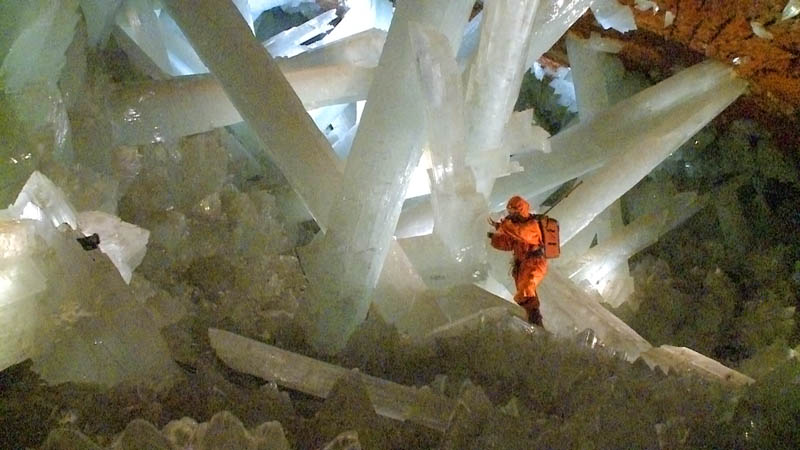 A cave deep underground that looks like Superman’s fortress of solitude, that says adventure to me.  It also reminds me of Doctor Who’s visit to the cave of the Great One on Metebelis III.  Hmm, and that was a planet he first visited in a story arc revolving around a mine.

Beyond that, the idea that this was something stumbled on by miners is intriguing.  People toiling in already dangerous conditions break through to something unexpected – another cave or something else?  I wonder, what was it that happened to Juan Romero?

Email ThisBlogThis!Share to TwitterShare to FacebookShare to Pinterest
Labels: Underground